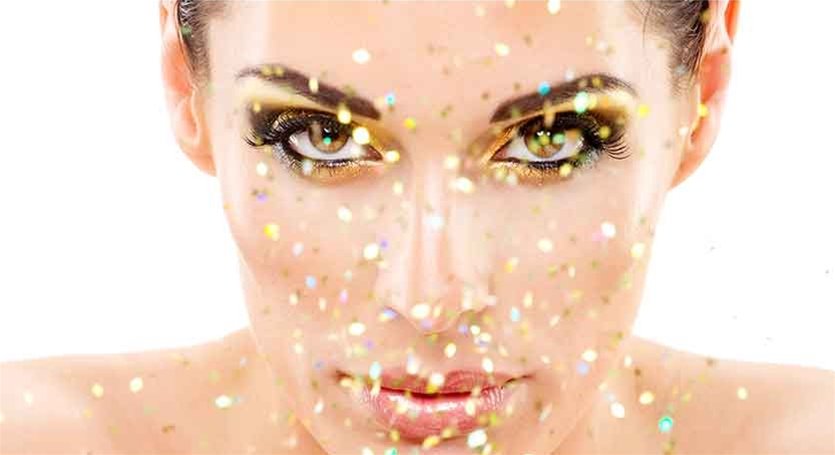 The hunt to find biodegradable and sustainable glitter in the cosmetics market continues and so in this technical article, we are bringing our previous articles together to review the need and options for alternative glitters.

In this technical article

In 2018 the European Chemicals Agency (ECHA) assessed the use of microplastics in cosmetics and concluded that an EU restriction on microplastics in rinse-off cosmetics could be justified. The ban includes exfoliating beads and cosmetic grade glitters, such as holographic glitter or iridescent glitter which are often used in products like soaps and bath bombs (Figure 1). The ban currently only includes rinse-off cosmetics but leave-on products can also contain microplastics that do not stay on the skin forever and could make their way to waterways. To understand why alternatives are necessary, here is a brief explanation of how traditional glitter is made and why restrictions were introduced. 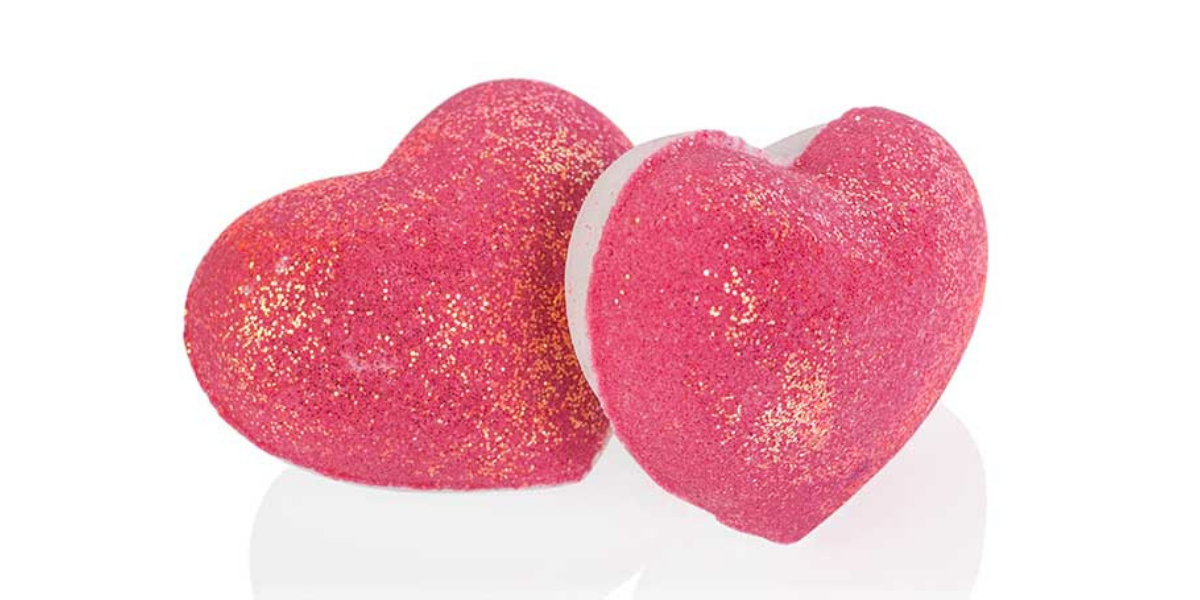 Figure 1: Glitter is used in many cosmetic products which are often rinse-off meaning the glitter ends up in waterways and the oceans.

How is glitter made?

Although glitter can come in many different shapes, sizes, colours and types, the general premise for glitter production is the same. Large sheets are layered on top of each other and then cut into tiny particles. Traditionally, the layers consisted of a plastic backbone sandwiched between sheets of reflective metal and again by a coating where colour can also be added (Figure 2). The metal, normally aluminium, is what gives glitter its reflective property. The plastic backbone is traditionally polyethylene terephthalate (PET), and the coating can be either epoxy or polyurethane (PUR). The backbone exists to give the glitter stability and the coating is to seal the glitter and is also where colour can be added.

Traditional glitters are water and solvent-resistant and temperature-resistant up to 180 °C and also have eye-catching reflective properties. Recreating these features has been the goal of cosmetic glitter manufacturers, but why do we need to replace these? 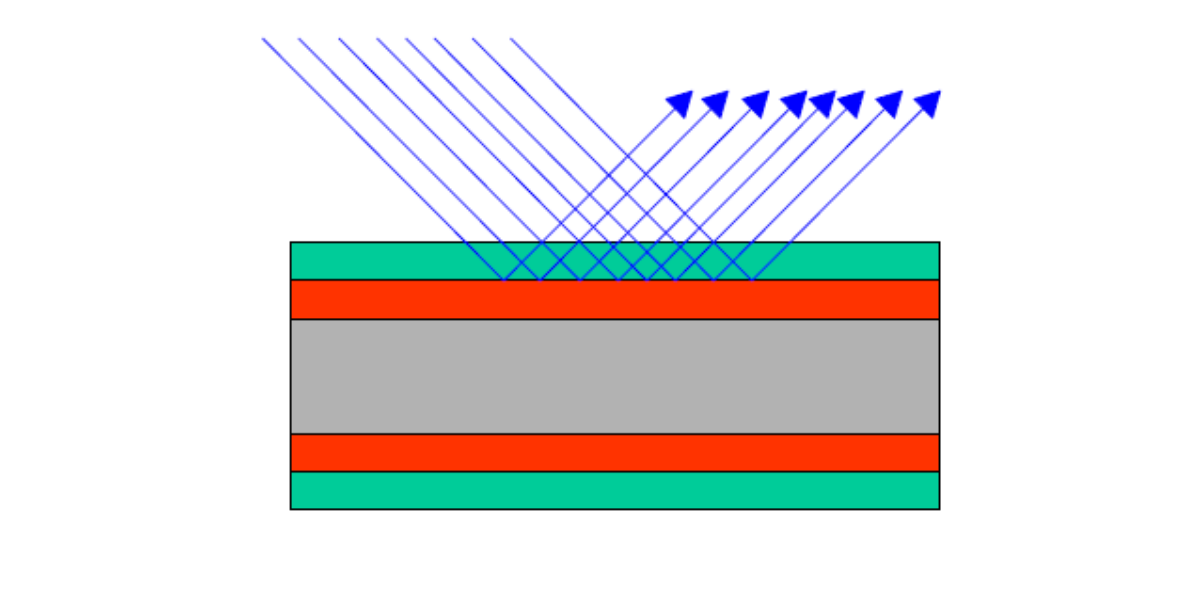 Figure 2: Traditional glitter is made up of a PET backbone (grey) which has been aluminised (red), sealed and sometimes coloured (green). It glitters due to light reflecting off of the aluminium layer.

Due to environmental concerns and the 2018 ECHA ban, many cosmetic manufacturers are exploring alternatives to PET glitter. There are now many alternatives available, so-called bioglitters, each offering different advantages compared to traditional glitter.

There are other alternatives, that although they do not contain PET, do contain polylactic acid (PLA). PLA is economically produced from renewable sources and as such is considered a bioplastic. While there are routes for degradation, these are only in extreme industrial composting conditions and PLA will not degrade at ambient temperatures, such as in seawater, for many years.

Another solution is glitter based on a cellulose polymer which is a naturally abundant material that will biodegrade at ambient conditions and does not include aluminium. However, these will begin to degrade very quickly in water-based applications and are unstable in alcohol-based applications where colour leaching can be seen. The lack of aluminium also means that the sparkle effect is very limited and so this solution does not provide a true representation of glitter.

Our supply partner, GEOTECH, are one of the leading European speciality pigment manufacturers and have been supplying special effect pigment into cosmetics and industrial formulations for more than 25 years. They have created a few different options which are summarised here.

Geonature® is a biodegradable glitter based on a microcrystalline cellulose film instead of PET and is designed to degrade quickly and safely in natural freshwater environments. The cellulose film is metallised with aluminium and coated similar to the production method of traditional glitter (Figure 4). These offer high brilliance and an excellent reflection and are available in nine different colours (Bright Silver, Malibu Gold, Sand, Fuchsia, Red, Jade, Lilac, Blue, Holo), making them suitable for use in a variety of different products.

While Geonature® maintains many of the properties of traditional glitter while being a safe alternative, it doesn’t offer the same water stability and therefore is not suitable for use in water-based applications. 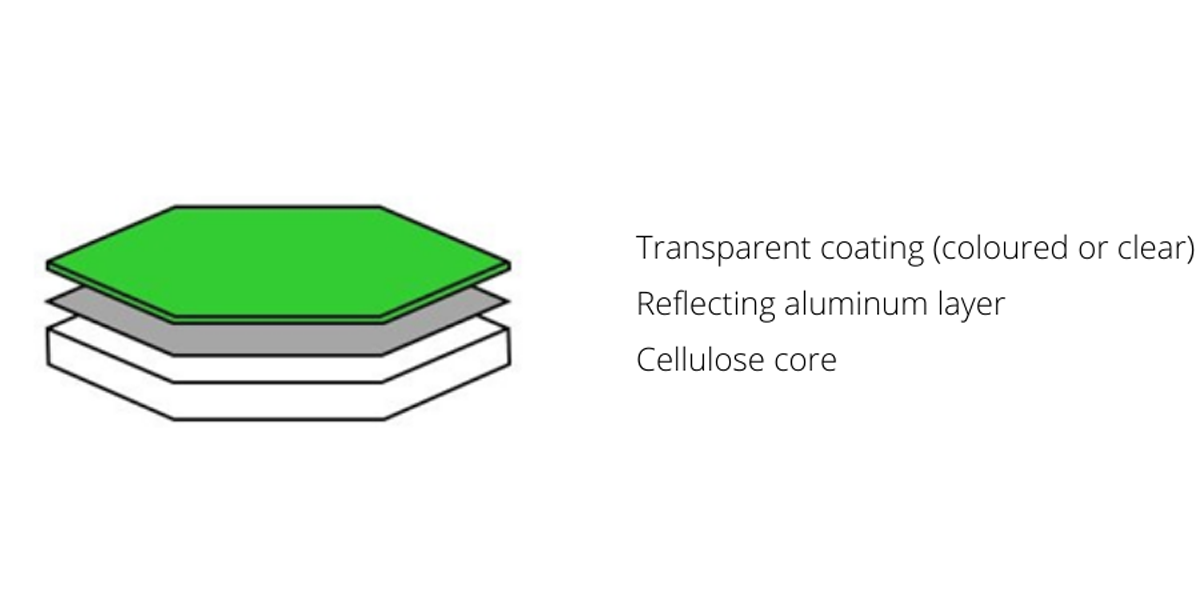 Figure 3: Geonature® is produced using a cellulose film for the backbone for the glitter. Cellulose and therefore Geonature® degrades quickly and safely in natural freshwater environments. After an aluminium metallization step, the film is coated with a transparent coating (clear or coloured).

Geoflake® is based on synthetic mica (synthetic fluorphlogopite) and will offer excellent lustre effects due to the large particle size. Synthetic mica is not a form of glitter in that it isn’t produced in the multi-layered way previously described. Instead, it is a manmade mineral that is completely biodegradable and safe to use and offers a very similar effect to traditional glitter.

Mica has been a controversial choice to substitute glitter as the naturally occurring mineral is mined in India and Madagascar has been associated with child labour and so synthetic mica is often the preferred option. The added advantages of synthetic mica over natural mica are that it gives a cleaner sparkle finish due to it containing fewer heavy metals and there are no particle size restrictions. Geoflake® products are also vegan unlike some bioglitters on the market which contains ingredients derived from animals.

As Geoflake® is not glitter, it does not behave exactly the same even though a similar effect can be achieved. Glitter has a thickness of 15-30 µm whilst mica has a thickness of around 2 µm, therefore products with Geoflake® will feel much smoother on the skin than those with traditional glitter.

These again give a lot of the features wanted from glitter and so can be a great alternative depending on the application, however, the coloured versions do again have some water stability issues and so only certain colours can be used in water-based formulations.

Figure 4: The Geoflake® range gives a gorgeous glittery effect with large particle sizes despite not being made in the same way as traditional glitter.

Geodiamond® products are based on borosilicate glass coated with titanium dioxide and a colourant that gives exceptional lustre and reflection properties and is available in a number of different colours. For more information on the full range of colours on offer, see the colour cards at the bottom of the Geodiamond® page. Most of the Geodiamond® range are suitable for use in all formulations (water, oil or alcohol-based) however the coloured Geodiamond® are not stable in water-based formulations.

For the best glittering effects, the M, L and XL sizes in the Geodiamond® range should be used, however, the XL option mostly closely mimics the effect of glitter due to the large particle size. It should be noted, however, that these larger sizes are not recommended for use around the eye.

Geodiamond® gives all the features of traditional glitter without the environmental and health effects and can also be used in all product formulations. 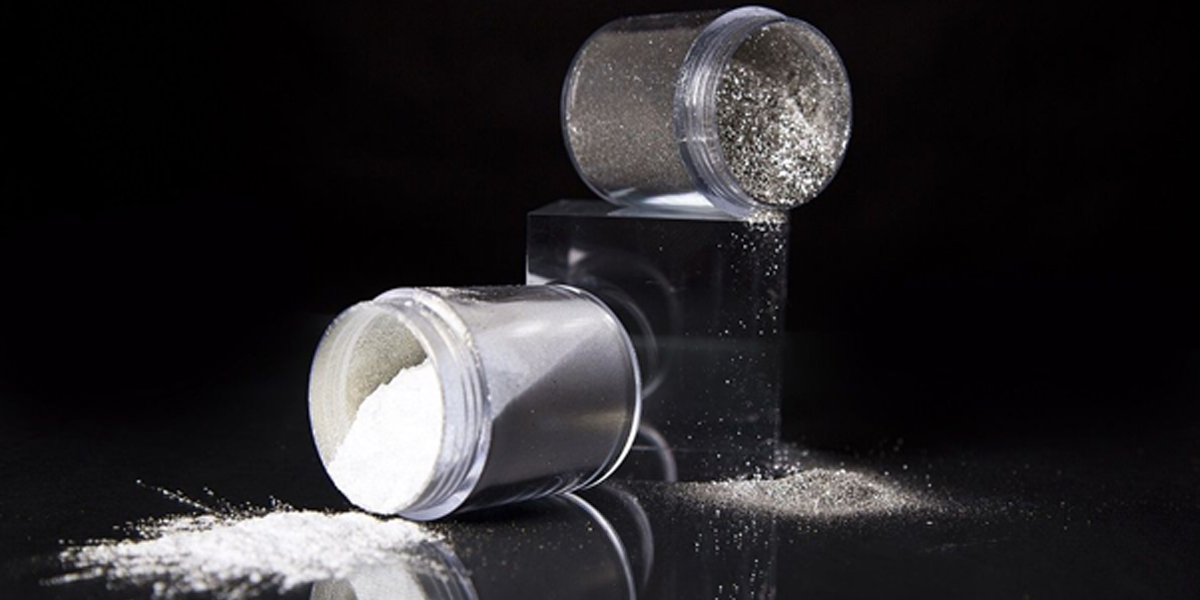 Figure 5: GEOTECH offer many solutions for plastic-free glitter in many sizes and colours so there is an option for all types of applications.

If you wish to discuss any of these options in further detail or help to choose the best glitter for your specific requirements, please get in touch with us and one of the technical team can help with your formulation needs.

From the creators of: